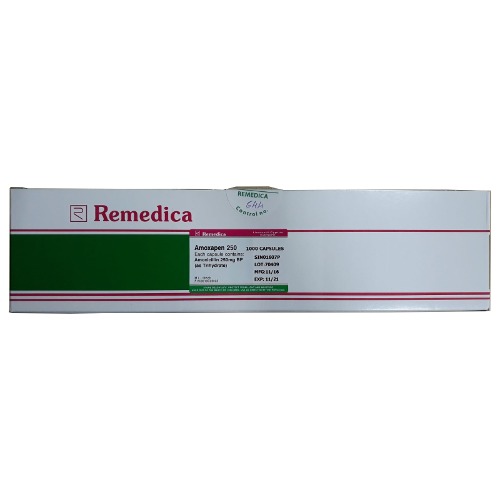 Amoxicillin, the active ingredient of Amoxapen® is a broad spectrum antibiotic with bactericidal action against a wide range of organisms. Amoxicillin is more rapidly and more completely absorbed than Ampicillin when given by mouth and is reported to produce peak antibiotic plasma concentration at least twice those from a similar dose of Ampicillin. The presence of food in the stomach does not appear to diminish the total amount absorbed. About 20% is bound to plasma proteins in the circulation and plasma half-lives of 1 to 1.5 hours have been reported. The half-life may be longer in neonates, elderly patients and in patients with renal failure.

Amoxapen® is indicated for the treatment of respiratory tract infections, otitis media, skin and soft tissue infections, eradication of H. pylori, urinary tract infections (including bacteriuria of pregnancy), puerperal sepsis and septic abortion, gonorrhoea, intra-abdominal sepsis, and for the prophylaxis of endocarditis after dental and other surgical procedures.

Side-effects, as with other penicillin are uncommon and mainly of a mild and transitory nature. There have been reported hypersensitivity reactions, interstitial, gastrointestinal disturbances, hepatic changes, haematological and CNS effects. For more information please see the summary of product characteristics.